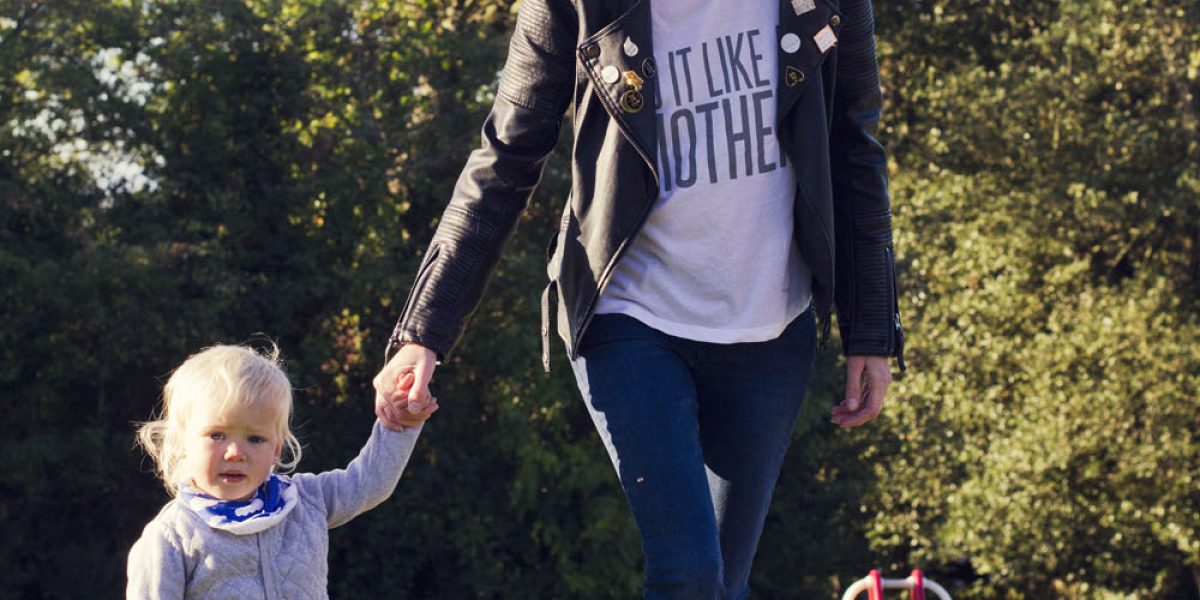 Last week I had the absolute joy of speaking at my client and friend Rebecca Caution‘s event. I met loads of interesting women there. Chatting to one of them afterwards, I heard these words: I don’t wanna be seen as a cliche, you know, like oh look she’s had a baby and so she’s started a business.

Now I don’t want this woman to feel personally victimised by me and my upcoming rantings. Her concerns are common. She is not alone. I hear versions of this ALL THE TIME from capable and talented women. And this woman is both of those things. I looked at her stuff, it’s a vibrant brand in the making. And she’s been working on it FOR A LONG TIME. Toying with it, considering it, but never quite getting it over the line.

Oh well. At least she’s not being judged as having a Mummy Business.

Now look, I’ve got a whole other post in me (hundreds probably), about judgement, fear of it, and how it paralyses us in the most nonsensical ways. But today I wanna talk specifically about Mummy Businesses.

How many Daddy Businesses do you know? How many Dadpreneurs are out there? My highly scientific experiment yields these results- instagram hashtags of mumpreneur are at 918k, dadpreneur 57k. #femaleentrepreneurs is at 679k, whilst #maleentrepreneurs 1k. You know why? Because when men start businesses, whether or not they have kids, they are, by a long way, usually just called ENTREPRENEURS. Business owners. Founders. CEOs.

Speaking of CEOs. Pinched this info from the ICEAW:

FTSE 100 CEOs are more likely to be called Stephen, or Steve, than they are to be a woman. They are however equally likely to be called Dave, with six Davids running the UK’s largest companies. In a report on falling pay among FTSE 100 chief executives, the Chartered Institute of Personnel and Development (CIPD) also pointed out that there is still a vast gender imbalance at the top of the country’s largest companies. There are currently six female CEOs among the top 100, down from seven last year. On top of this, those six earn just 4.2% of the total pay awarded to FTSE 100 CEOs. This is actually an improvement on last year’s figures, when the then seven female leaders took home 3.5% of total pay.

Do you call yourself a CEO? I do. It’s on my email signature, CEO & Founder. Confused about whether you can? How does this fit?

CEO: a chief executive officer, the highest-ranking person in a company or other institution, ultimately responsible for taking managerial decisions.

It sounds like me. The world will take us as seriously as we take ourselves. According to a 2017 report from economic think tank Development Economics, businesses run by mothers with children aged 18 or under will generate £9.5 billion for the UK and create 217,600 jobs by 2025. We are not fucking about here. I operated as a sole trader for a few years, and in my first year of my business being a Company (current financial year), I will turn 6 figures.

Is that a cliche? Have a baby, start a brand, essentially be a stay at home mum most of the time, working during naps, evenings, childcare swapping, get a bit of preschool in, thank all the Gods for actual school, hit 6 figures before that baby turns 7? DESPITE BEING WOKEN 3,647 TIMES A NIGHT, AVERAGE (conservative estimate). I HOPE SO. SOON. I hope that’s a fricking cliche- women rediscovering themselves, connecting to each other, spreading wisdom and inspiration, role modelling purpose driven living, being more than one thing.

The world needs more women who are financially independent. We typically make different spending choices to men, are more likely to be philanthropic, to make make better investments than men, to make more eco conscious choices than men… and the beat goes on and on and on….

Are you hearing me? If you don’t wanna start a thing after you have your baby, I am happy for you, and I’m not here to nag you into it. But. If you have a feeling that something is available to you, a new era of your identity, established through entrepreneurship, please, PLEASE do not hold back because you don’t wanna be seen as yet another Mummy Business- that narrative is yet another way to shame us into shrinking.

Come grow with me instead. You’re almost out of time to opt to #getshiftfacedandthrive with me in 2020. Deets here.

#womensupportingwomen Or The Winner Takes It All

Who Do You Think You Are, Changing Your Mind?